Thanks to your Neighbor Phone Alert System we received a call about our cat “hanging out” near a bird feeder in the neighborhood we didn’t expect him to wander off to. We strongly believe your service is priceless and we encourage everyone to use it as soon as one realizes the pet is missing! I wish I did that the minute Pepe went missing. We might have found him even sooner. I sincerely hope I will never have to use it again, but if so I will do it in a heartbeat and will recommend it to any friends in need. Many thanks!!! 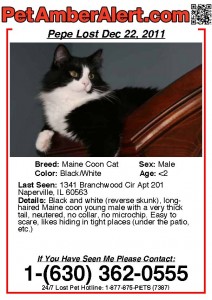 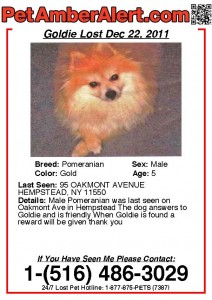 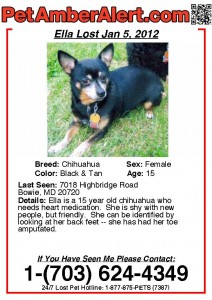 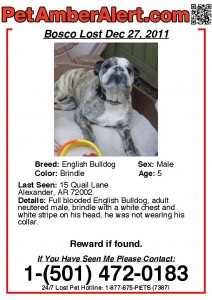 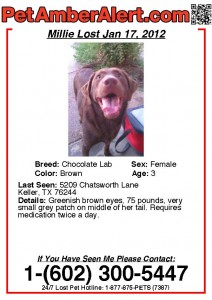 Losing a pet is a devastating experience. Many reports have been received about scammers who are defrauding heartbroken pet owners in order to line their own pockets and we advise pet owners who have issued an amber alert to be wary of the following pet scams:

“Scammers play on your emotions”, said Mechele Agbayani Mills, President and CEO of BBB. “Pet owners who have lost their animals are easy targets for those whose sole intent is to make a quick buck.”

The Pay-Me-First Scam: The lost pet owner receives a phone call from a person claiming that they have the lost pet in their possession. This person asks that the reward money be sent to them before they return the pet. If the pet owner refuses, they will often threaten to hurt the pet in order to pressure the pet owner into sending money. Once the scammer receives the money, they are never heard from again.

The Airline Ticket Scam: Someone calls and claims that your pet somehow ended up in another state. They ask you to send money for a kennel and an airline ticket in order for them to ship your pet back to you. Once the pet owner sends the money, the scammer walks away with it, leaving the owner without their pet and with less money in their bank account.

BBB provides the following tips to keep from falling victim to a pet loss scam:

1. If you must place an ad, include only essential information. Refrain from providing information about unique markings or physical attributes.

2. If you get a call from someone who claims to be out-of-state, ask them for a phone number where you can call them back.

3. If a caller claims to have your pet in their possession, ask them to describe something about the pet that wouldn’t be visible in pictures which may have been posted.

4. Never wire money to anyone you don’t know.

Many pet owners have also had their pets microchipped, as this preventive measure has proven to be effective in bringing lost pets home.