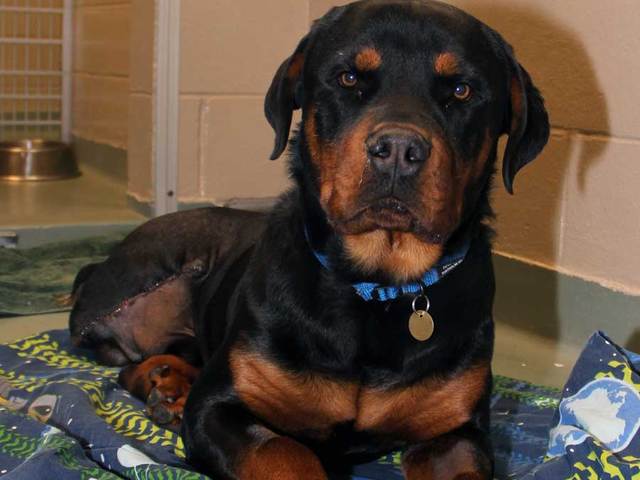 The Dumb Friends League said a passerby named Bob and two other people who happened to be at the park went into the frozen creek to rescue River. They got the dog out of the creek, wrapped him in a blanket and carried the 80-pound dog to Bob’s car. Bob took the dog to the Dumb Friends League.

It turns out River’s back leg had been fractured and that’s likely why he couldn’t get out of the frozen creek.

“We believe he may have been hit by a car and that’s how he ended up injured in the gulch,” officials with the Dumb Friends League said. “The fracture was complicated enough that we had to amputate River’s leg. He spent the last couple weeks recovering in a foster home.”

On Friday, River became available for adoption at the Quebec Street Shelter, and he was adopted by Glenn and Renee W., of Highlands Ranch.

When they met River, they said they immediately felt he was “the one,” and didn’t even know about his traumatic experience before they decided to adopt him.