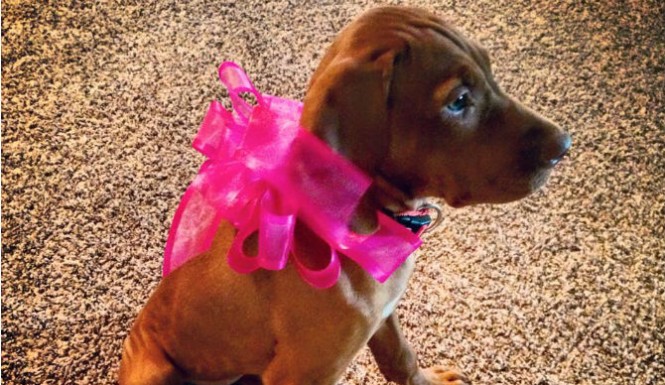 Penny the dog was found 2,400 miles from her home in Washington State. The bubbly K-9 breed went missing earlier this month from her family, but through a Facebook effort to locate the stolen dog, their companion was found in Pittsburgh. Thankfully, the social media effort paid off and Penny will be reunited with her family Friday, citing a Q13 Fox News report.

Colt and Kendra Brown reported their dog missing on December 19. Then, Penny went to work with Colt just days ahead of Christmas, but vanished at some point while out of his sight, according to Brown.

“She was just out wandering, doing her own thing, and she got picked up.”

After looking locally in the area to find the missing dog, to no avail, the Browns took to social media in an effort to broaden their efforts. A Facebook community page was activated called Bring Penny Home for Christmas, and before long, their efforts paid off.

The couple got a tip from someone who said they observed a truck driver picking up the leash-less animal on the day it went missing. The family was able to track him down, but soon thereafter, he stopped returning telephone calls.

Not soon thereafter, Kendra and Colt received a call from a Pittsburgh animal doctor who said someone surrendered Penny to them. Thanks to a microchip, the veterinarian was able to get contact information for the Browns to tell them their dog was found some 2,400 miles away from home. Watch the video news report below.

The Browns were over the moon about the news that their dog had been located and was in good health. Then began the task to get her home. While plans were made, Penny was taken to a local animal rescue facility in Pittsburgh until she could be reunited with her owners.

She wasn’t there long. Krista Novak, who resides in Evans City, heard about the missing/stolen dog from Washington through the Facebook page. She volunteered to provide a foster home for the dog until the family can retrieve her. Besides, she has a similar breed, and the two animals got along just find like bosom buddies.

And in another stroke of holiday cheer, Alaska Airlines intervened and offered to fly the dog 2,400 miles home after it was found. Kendra Brown said the arrangements are in place and their family companion is due to arrive in Seattle in just days to a holiday homecoming.

“We’re just really excited that we will be getting her back. It has been a huge blessing,” she said. “The people who have been willing to help after seeing the Facebook page and everything — I mean, it’s just been an overwhelming amount of support.”

Although the dog found some 2,400 miles away from home didn’t spend Christmas with her family, she will be home to continue the New Year 2015 celebration.
Source: http://www.inquisitr.com/1718751/stolen-dog-found-2400-miles-from-home-dog-stolen-located-thanks-to-facebook-post 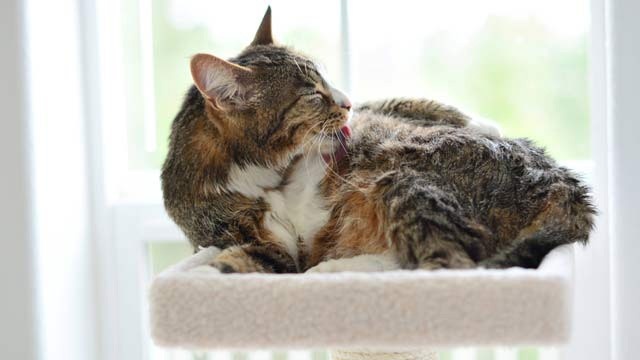 Dufek had no idea that his girlfriend’s cat had jumped inside the box spring before he sold it.
END_OF_DOCUMENT_TOKEN_TO_BE_REPLACED

A woman lost her pet Siberian Husky only to find out the dog had already been adopted by another family.

Lisa Landes says her 3-year-old dog Koda escaped from the back yard while she was at work December 17. She posted flyers around the neighborhood and called local veterinarians.

After a few days passed, she found out one of her neighbors found the dog on the 17th and took him to the Houston SPCA shelter. However, when she contacted the shelter, she found out her dog had already been adopted by another family.

“I said, ‘You’ve got to be kidding me,'” Landes said, “I need him back. I was just devastated.” END_OF_DOCUMENT_TOKEN_TO_BE_REPLACED

Tyson the one-time lost cat is probably warm and cozy right now in his new home. He may even have a new name.

But his previous owners, an Offutt Air Force Base couple, want him back at their place, insisting that the lost kitty should not have been put up for adoption by the Nebraska Humane Society.

Tyson disappeared from the Starrs’ Bellevue home Nov. 21. Later, he turned up at the Humane Society facility at 90th and Fort Streets in northwest Omaha.

Pam Wiese of the Nebraska Humane Society said the cat was at the facility for 21 days before his adoption. It had been in a kennel for strays or lost cats for three days, then assessed, given an ID microchip, treated for a respiratory problem and finally moved into an adoptable kennel, she said.

END_OF_DOCUMENT_TOKEN_TO_BE_REPLACED

Police and the public are searching for a police K-9 named Karson, who has been missing since Tuesday, Dec. 23.

Karson was being boarded at the Clinton Animal Care Center on West Locust Street while his handler, officer Jerry Popp was on vacation.

Popp says he was headed back to Ohio on Tuesday when the kennel and his police department both called him to say Karson escaped out the facility’s front door and ran off.
END_OF_DOCUMENT_TOKEN_TO_BE_REPLACED 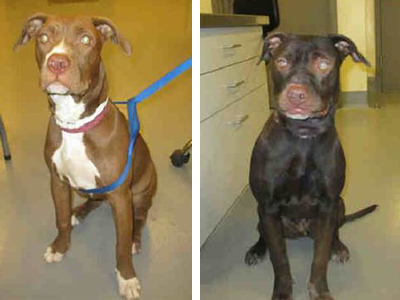 A shot before and after Coco the pit bull was rescued

We believe it was an act of deception,” Riverside County Field & Shelter Deputy Director Frank Corvino said in the release. “The dye job is not very good. But it would work if someone’s looking for their missing, reddish-brown dog.”

Animal Services spokesman John Welsh said the dog should be fine and not suffer any long-term consequences from the dye job.

Lowry said it is important to make sure pet dogs are implanted with a microchip. 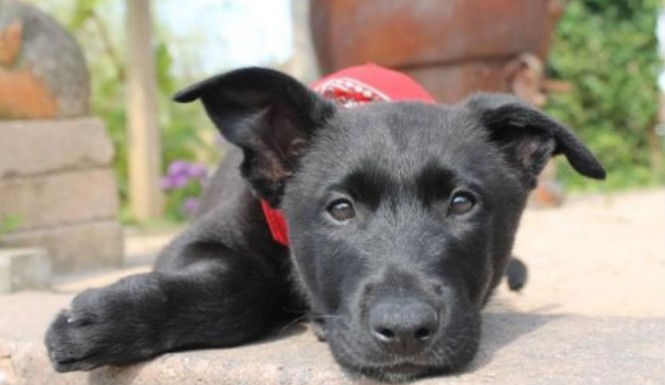 In October, 2014, a college student named Katy noticed an emaciated stray dog wandering beside a highway in Houston, Texas. Katy collected the dog from Interstate-10 and transported it to a local veterinarian’s office. Shockingly, a microchip implanted in the dog revealed that its owner lived 5,000 miles away.
END_OF_DOCUMENT_TOKEN_TO_BE_REPLACED