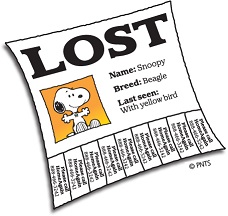 Having a pet run away can be devastating, but a WINK News Call for Action investigation found that there are a few big mistakes most pet owners make that could make reconnecting owner and animal nearly impossible.

Microchips are the best tool for finding a lost pet, but they are not foolproof.

“They’re not little GPS receivers, they don’t tell anybody where your animal is and they only work if you register it,” explained Raphael Moore, general counsel for the Veterinary Information Network.

Microchips work by using radio frequency identification technology. The chips are placed below the animal’s skin and are given a unique serial number. When a pet is brought to a veterinarian’s office or to a shelter, a scanner is used to see if a chip is in place and if that chip is registered.

But Moore says most pet owners make one crucial mistake.

“Less than 50 percent of microchips are registered to anyone, period,” he said.

In order for microchips to be effective, pet owners have to register the chip with the manufacturer. A name, address and phone number should be given to the company that made the chip, along with the chip number.

If not, then no contact information will be associated with a scanned chip.

In addition, if a pet owner moves and does not update their microchip information, they also run the risk of never being reunited with their lost pet.

“People don’t keep their information current so if that information is no longer valid, then the chip basically is a dead end,” explained Ria Brown, spokeswoman for Lee County Domestic Animal Services.

Even if a pet owner registers their pet and updates the microchip information after a move, getting their missing pet back still is not as simple.

Because there are so many microchip companies, universal scanners have popped up to help veterinarians obtain a correct reading after one scan.

But not all universal scanners are truly universal.

“There are so many complications within the industry,” explained Moore. “There’s more than two dozen chip manufacturers, not every chip reader can read every chip. So until we get companies united better and understand the real purpose behind microchipping, it’s just not…it’s not a fool-proof system.”